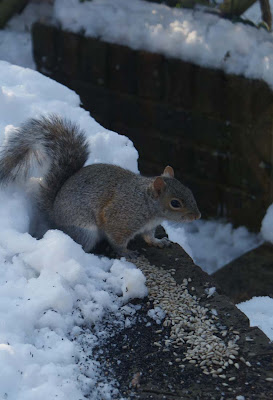 Squirrel in the snow with bird food and the snow-covered garden. 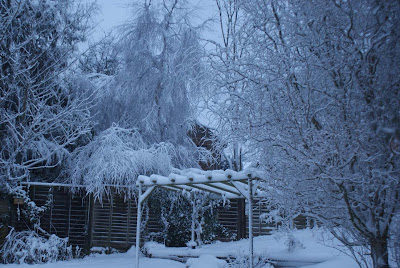 This February, the garden has been covered in a blanket of snow, freezing fog and bitter wind, with some of the coldest temperatures I have noted in the last twelve years (-9.6ºc). So I am skipping straight to March, as last week's high temperatures (+17.4ºC) are much more in keeping with Spring than Winter and the sudden thaw and heat has bought about a transformation in the garden.
Everywhere are buds; leaf buds, flower buds, green shoots and early spring flowers all desperate to cash in on the early start before the tree canopy above kicks in. Expect crocus, primrose, daffodils and snowdrops all at once this year. I even spotted a brave daisy or two in the lawn mistaking the heat for summer. 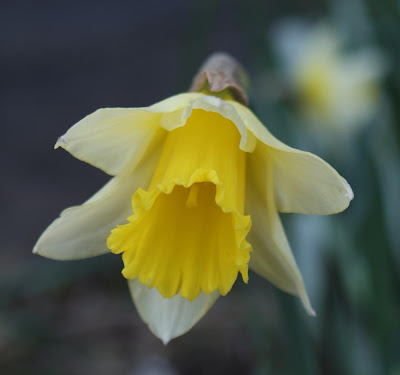 As the days lengthen the birds are also quick to cash in on this bonus heat. The dawn chorus is under way. Robins, dunnocks, tits and blackbirds are all vying for territory and pairing up and the robins are busy collecting nesting material from the lawn. Bumble bees and butterflies are starting to emerge. Look even closer and you'll see young spiders on the hunt. 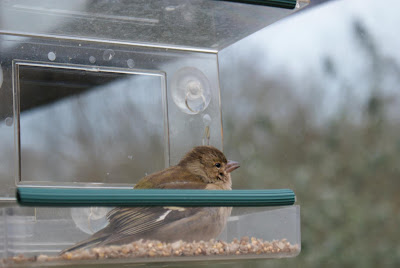 I've been removing weeds from emerging perennials before the plants grow too big, and finishing any pruning left over from last year, though I will still watch out for late frosts! Because December and January were mild, many plants continued to grow and were burned by the cold wind and frost. Now the roses, clematis, jasmine and honeysuckle are putting on new growth which will soon outstrip those frost damaged leaves. As flowering is under way with the camellia and new buds are on the hydrangea I have given them a good feed and have started a weekly water of all the pots and hanging planters. This winter has been very dry, so I consider this a drought Spring and am keeping an eye on them. The wallflowers have stalwartly not buckled under the weight of snow and have emerged with flower buds and, if this warm weather continues, Spring should be along any minute now... 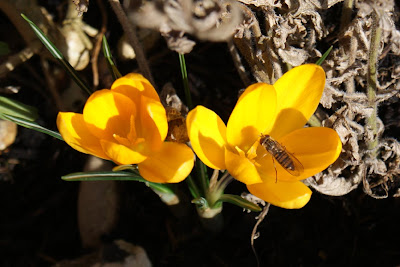 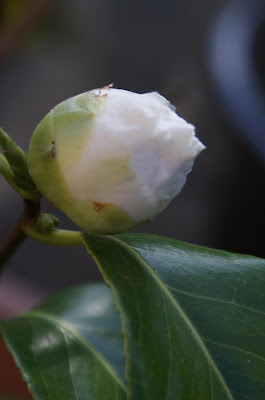 Daffodil after the snow, chaffinch in the window bird feeder, Crocus and hoverfly, budding Camelia japonica 'Angel' and early daffodils in the sunshine. 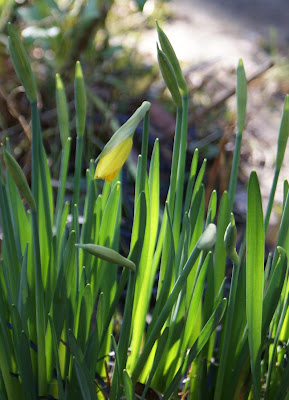